Only A Mother - Elisabeth Carpenter

Only a Mother – Elisabeth Carpenter 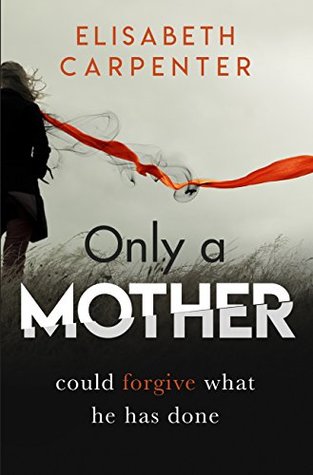 ONLY A MOTHER . . .
Erica Wright hasn't needed to scrub 'MURDERER' off her house in over a year. Life is almost quiet again. Then her son, Craig, is released from prison, and she knows the quiet is going to be broken.

COULD BELIEVE HIM
Erica has always believed Craig was innocent - despite the lies she told for him years ago - but when he arrives home, she notices the changes in him. She doesn't recognise her son anymore.

COULD BURY THE TRUTH
So, when another girl goes missing, she starts to question everything. But how can a mother turn her back on her son? And, if she won't, then how far will she go to protect him?

COULD FORGIVE WHAT HE HAS DONE

Only a Mother is the first book I have read by Elisabeth Carpenter but certainly will not be the last.

I found myself riveted to this book and was frantically tapping away at the pages on my kindle to see what would happen next.

The authors writing was absolutely brilliant and made the book so true to life.  We follow Erica the mother of Craig who is in prison convicted of a crime that she always said he was innocent of.

Through the incarceration of Craig, she lost the friendship of her then best friend who also has a son and both him and Craig were friends as well.  Erica also decided to stay in the same house which always seemed to have trouble from things spray painted on her house, to things shoved through the letterbox.

To go into any more detail, I feel would spoil my review and perhaps other people’s enjoyment of the book.  However, I know I will definitely be reading more books that this author has wrote.