Today I am pleased to be able to participate in the blog tour for Mimic, the audio book by Daniel Cole .  My thanks go to Compulsive Readers for my spot on the tour. 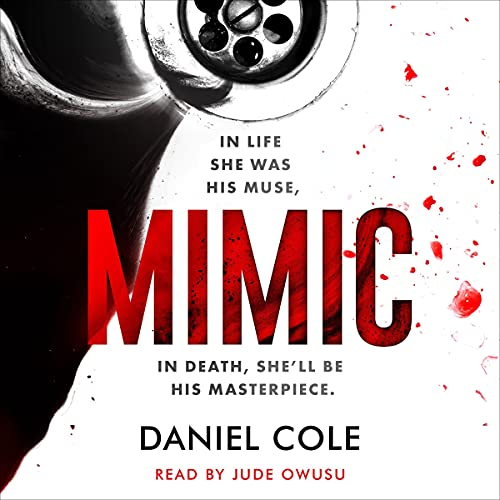 In death she'll be his masterpiece
1989: DS Benjamin Chambers and DC Adam Winters are on the trail of a serial killer with a twisted passion for recreating the world's greatest works of art through the bodies of his victims. After Chambers nearly loses his life, the case goes cold due to lack of evidence. The killer lies dormant, his collection unfinished.2006: DS Marshall has excelled through the ranks of the Metropolitan Police Service, despite being haunted by the case that defined her teenage years. Having obtained new evidence, she joins Chambers and Winters to reopen the case. However, their resurrected investigation brings about a fresh reign of terror, the team treading a fine line between delivering justice and becoming vigilantes in their pursuit of a monster far more dangerous and intelligent than any of them had anticipated...

Due to global pandemic that has been around for the past year, my reading has taken a slump and I was not able to concentrate on reading a book / kindle for long periods of time as my concentration span had depleted for one reason or another.  I was therefore very interested in listening to this book and as it had been a long time since I listened to an audio book and the fact I love Daniel Cole's books I thought I would give this one a go and all I can say is I am so glad that this was the one that got me back listening to them.

We follow DS Benjamin Chambers and DC Adam Winters who are tasked with the case of a serial killer after being called to Hyde Park where a naked body is found.  The strange thing about this is that the body is raised on a plinth and posed like a statue placed in the same pose as Rodin's The Thinker.  If you google The Thinker it is described as "Brutishly muscled yet engrossed in thought, coiled in tension yet loose in repose, the sculpture, according to one early twentieth-century critic, embodies both "dream and action."

As the case progresses the case gets more and more peculiar with various other deaths occurring each one similar to the first.  DS Benjamin Chambers is determined to find out what is going on and the more in depth he gets involved in the case the more danger he embroils himself in.

Fast forward 17 years and DS Marshall is a new detective with a history behind her and a haunting of a case that she remembers from her teenage years.  She locates new evidence and joins Chambers and Winters to reopen the case.

To find out whether things are solved and the depths that the team go to in investigating this you will just have to read the book or do what I did and listen as you go about your daily commute, walk / runs or any other activities that you want to do whilst listening.

Daniel Cole (@DanielColeBooks) is the Sunday Times bestselling author of the Ragdoll trilogy, which has now been published in over thirty countries. A TV adaption is currently in the works and his fourth novel is due to be published late-summer 2021. He has worked as a paramedic, an animal protection officer, and with the beach lifeguards, but for the past five years has been describing himself on paperwork as a 'full-time writer'.

He lives on the south coast of England and divides his time between the beach and the forest. 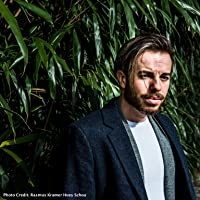 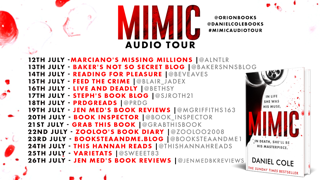 Thank you to Tracy Fenton for the blog tour invite and to Trazepe for a copy of the audio.