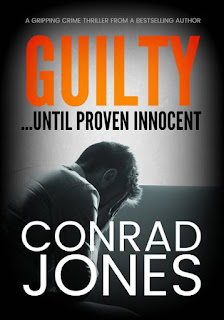 Today on my blog, I am one of the first stops for Guilty by Conrad Jones and have an excerpt post from the book to share with you.

He turned down the radio so he could hear the muffled cries for help coming from the boot. The victim’s voice had been strong at first, full of anger. The energy and venom were waning. He was incoherent now, sounding almost demented. A thin smile touched his lips as he listened to the anguish. He would drive around for a while, taking an hour or so to reach his lair; it would feel like an age for his victim. There was fear in his voice and he savoured his fear. Listening to him plead for help excited him. He had no sympathy for him, only hatred and anger. It was his own fault that he was where he was; he had asked for everything that was about to happen to him. Retribution. That’s what it was. He would make him understand what he had done when he was broken, when he was helpless. It wouldn't take long to break this one. He could tell. Some were stronger than others. At the end, they were always the same: sorry and apologetic, but their apologies were too late. They would beg for mercy at the end but there was none to be had. Where was the mercy when he had needed it? Nowhere, that's where.

Well if that doesn't tempt your interests I don't know what will.  I just wish I'd had the time to read and review this book for this tour, but unfortunately with holidays and other commitments time just ran away with me.  I will be adding this to my list to read though. 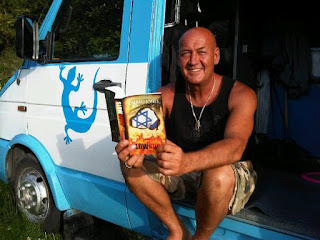 He signed a three book deal with London based publishers, Thames River Press. The Alec Ramsey series is now 7 books long with an average of 4.8 stars from over 2000 reviews. Conrad has also written The Soft Target series, which has received critical acclaim.
To connect with the author:

To see what the other bloggers / reviewers thoughts are on the book, see who else has participated on the tour, and have a read at their thoughts. 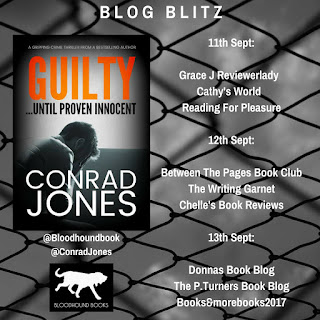