Today I am pleased to be able to participate in the blog tour for Open Grave by A M Peacock.  My thanks go Bloodhound Books for my spot on the tour. 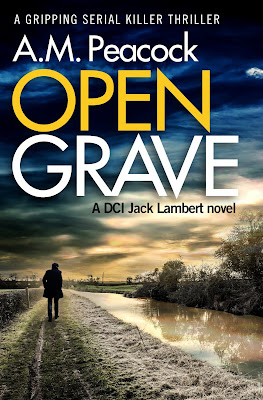 DCI Jack Lambert is no stranger to inner demons, having struggled with his own since the admission about his sexuality.
When two bodies are discovered in an open grave, Lambert must put his personal worries aside and work the case. But when the body of a local thug shows up on the banks of the River Tyne, the DCI’s criminal past comes back to haunt him.
Meanwhile, a local celebrity singer claims that she is being stalked. Could there be a link to the killings?
As the bodies start to pile up, Lambert realises the motive lies in the past and that the killer is taunting them.
The clock is ticking. Can he catch the murderer, or will one of their own end up in an open grave?

Lambert appears to come across as a bit of a rogue, with a bit of a hidden past which sounds troubled.  He is a DCI who appears to ignore rules that his superiors try to enforce.

The book is set in the South Shields area and if you are familiar with that area you will be able to pinpoint these areas as reference is made to these in the book.   I know bits of the area and found the areas I did know made the story come to life more.

Lambert is tasked to investigate the strange killings of both men and women, who are classed as coupled but are they?  Even more bizarre is the way they are placed and where!

Running alongside this investigation is a stalker case against a reality star along with what appears to be possible gang crimes.

Overall, I found the book to be a good read and in some aspects was good that there were a couple of crimes running parallel with each other.  However, found that once it got to the intricate details of the “open grave” killings I was keen to see how the story progress.  (I know I am weird 😵😆😲when it comes to my choice of a good book), but this is one that was good.

I will be keeping a very close eye on this author and cannot wait to see what the next book is like.
About the Author

A.M. Peacock grew up in the North East of England before leaving to study for a degree in music technology at the University of Hull. A subsequent return to his hometown of South Shields saw him spend seven years as a teacher in a local college before changing careers to become a trade union official.

Having always been an avid reader, he took to writing after being encouraged to do so by his PGCE tutor. He has since gone on to produce a number of short stories, winning the Writers’ Forum Magazine competition on two occasions, as well as producing articles for both the local press and a university magazine. 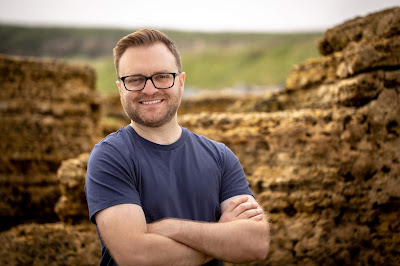 A.M. Peacock is passionate about crime fiction and his debut novel, Open Grave, is the first in what he hopes will become a series of DCI Jack Lambert books.

Away from writing, A.M. Peacock enjoys watching films, playing guitar and can often be found pavement pounding in preparation for the odd half marathon. 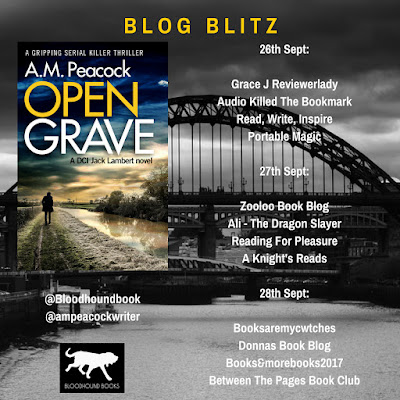 My thanks to A M Peacock, the publishers Bloodhound Books for my spot on the blog tour.