Today I am pleased to be able to participate in the blog tour for The Controller by Matt Brolly.  My thanks go to damppebblesblogtours for my spot on the tour and to Matt for kindly providing me with the Chapter 1 of The Controller. 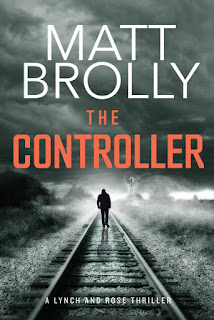 It is six years since special agent Samuel Lynch left the FBI following the disappearance of his son, Daniel. Lynch believes an underground organisation known as The Railroad is responsible and has never stopped searching.

When Special Agent Sandra Rose investigates a house invasion gone wrong, she discovers the assailant has the legendary, and infamous, Railroad tattoo carved onto his back and he claims to know Daniel’s whereabouts.

Rose draws Lynch in to her case, and together they become embroiled in an unparalleled world of violence and evil.

It seems that to see his son again, Lynch will have to confront his greatest fear and face the ultimate test: an encounter with the Railroad’s enigmatic and deadly leader, The Controller.

Grab a drink, a comfortable chair and settle down to read the start of The Controller.

OMG what an opening.  Now I don't know about the rest of you but I want to carry on curled up with a nice drink and continue reading.    Now to find time in my busy reading schedule to ensure that at some stage I do just that.

Following his law degree where he developed an interest in criminal law, Matt Brolly completed his Masters in Creative Writing at Glasgow University.

He is the bestselling author of the DCI Lambert crime novels, Dead Eyed, Dead Lucky and Dead Embers. The fourth in the series, Dead Time, was released by Canelo in May 2018 and a prequel, Dead Water, will be published in September 2019. In 2020 the first of a new crime series set in the West Country of the UK will be released by Thomas and Mercer (Amazon Publishing). 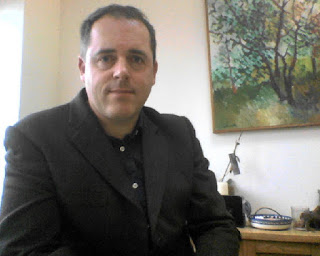 The Controller, released in May 2019, is the first of a new thriller series set in Texas.

Matt lives in London with his wife and their two young children. You can find out more about Matt at his website MattBrolly.co.uk or by following him on twitter: @MattBrollyUK

To buy from:
Amazon UK

My thanks to Matt Brolly for joining me on my blog today and providing this excerpt, the publishers Lynch & Rose and also Emma @ Damppebbles for my spot on the blog tour.