Today I am pleased to be able to participate in the blog tour for Without A Trace by Carissa Ann Lynch.  My thanks go to Ann Cater at Random Things Tours. 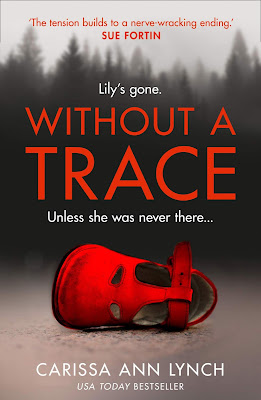 From the USA Today bestselling author of My Sister Is Missing
Lily’s gone.
Someone took her.
Unless she was she never there…
A little girl has gone missing.
Lily was last seen being tucked into bed by her adoring mother, Nova. But the next morning, the bed is empty except for a creepy toy rabbit.
Has Nova’s abusive ex stolen his “little bunny” back for good?
At first, Officer Ellie James assumes this is a clear custody battle. Until she discovers that there are no pictures of the girl and her drawers are full of unused toys and brand new clothes that have never been worn…
Is Ellie searching for a missing child who doesn’t actually exist?

Today on my blog, I have an extract from Without a Trace by Carissa Ann Lynch.   If the cover above is anything to go by, this looks like a fabulous book.  Mind you I am a sucker for a good cover and this one certainly pips my interest.

I don’t believe in ghosts. But standing here now, with the tips of my toes tingling with heat, and my eyes stinging, not from the fire but from me, forcing myself to keep them open, never blinking, I can’t help wondering if she’ll come back and haunt me for this. Her limbs twist at uneasy angles. Her skin splits apart and dissolves. Her hair and clothes fall away like feathers caught in a dust storm. And her face…it almost looks plastic, quivering and bending in the amber glow of the flames. It’s as though she never breathed life in the first place. This is not how I imagined it—I thought it would be quicker. I thought she would scream more. Fight more. But it’s almost like she’s resolute, like she’s telling me it’s okay…that she forgives me for what I must do.

What an opening and my heart was in my mouth reading this.  What happens next I wonder.  If like me you are curious then you will want to buy the book.  Links are below to assist you.

Carissa Ann Lynch is the USA Today bestselling author of My Sister is Missing, Flocksdales Files trilogy, Horror High series, Searching for Sullivan, Shades and Shadows, Midnight Moss, This Is Not About Love, 13 anthology, Twisted anthology and Without A Trace. 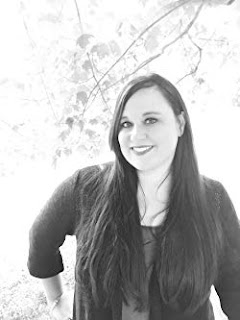 She resides in Floyds Knobs, Indiana with her family and collection of books. With a background in psychology and corrections, she’s always been a little obsessed with the darker areas of the human mind. 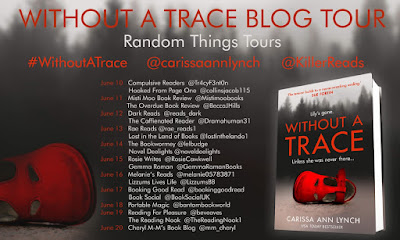 My thanks to Carissa Ann Lynch for providing this heart wrenching excerpt and also Ann @ Random Things Tours for my spot on the blog tour.
Posted by Reading for Pleasure at 13:42