Today I am pleased to be able to participate in the blog tour for Kill For Me by Rebecca Bradley.  My thanks go to Damppebbles Blog Tours. 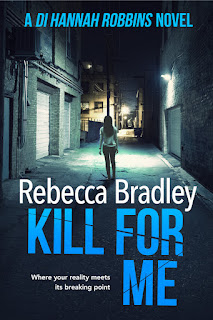 A deadly game. An unstoppable killer. The perfect alibi.

Lucy Anderson is late collecting her daughter from nursery. A mistake that could prove fatal.
Her daughter is gone and there is only one way Lucy can get her back. The ransom is simple, she has to kill someone…

And this is just the beginning. A deadly game with a domino effect has started as the real killer forces others to do his bidding.

Can detective inspector Hannah Robbins find the killer’s next puppet before they’re forced to strike or will this be the case where her opponent has found the perfect way to kill?

Pick up Kill For Me for impossible choices and moral dilemmas and see where you would fall.

For fans of Peter James and Angela Marsons

This is the first book I have read in the series and despite being the first book I’ve read is the fifth book in the series.  This however does not distract from the story or spoil your enjoyment of the book.  You are able to follow the back stories as there is enough information without giving away any of the other books.

I finished the book over a week ago if not more, and even though I am on the blog tour for this book have struggled to put my review together.  This is not because I haven’t enjoyed the book but more I don’t want to give too much away.

How would you feel if you child was kidnapped or went missing from school, seemingly picked up by a friend of yours according to school who say that you texted to say that this person could pick your child up!!   If that was me I would panic.

How would you feel if you then got a message saying your child is safe but to get them back you must kill someone and then send a picture to prove that the person is dead.  It doesn’t have to be a particularly person, a stranger will do.  The only rule is that you can’t involve the police as they will know you have been in contact with them and your child will die!!    Again if that was me I would panic.

The above is only a snippet of what the book is about and DI Robbins is caught up in trying to unravel multiple crimes and the reader is left wondered in things are connected or are they just seemingly separate incidents.

A fantastic book and I am certainly going to be going back to the beginning to read more of DI Robbins.

Rebecca Bradley is a retired police detective. She lives in the UK with her family and her two cockapoo's Alfie and Lola, who keep her company while she writes. Rebecca needs to drink copious amounts of tea to function throughout the day and if she could, she would survive on a diet of tea and cake while committing murder on a regular basis, in her writing of course.

She writes the DI Hannah Robbins police procedural series and has also released a standalone novel, Dead Blind, about a cop who acquires prosopagnosia, also known as face blindness. 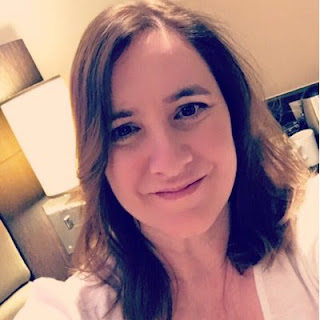 To receive a free novella sign up to her readers' club and you will be able to download the prequel to Hannah Robbins series. Find it on the blog at rebeccabradleycrime.com You'll also be provided exclusive content and giveaways.

My thanks to Rebecca Bradley for a copy of the book and also Emma Welton @ Damppebbles Blog Tours for my spot on the blog tour.