Today’s review is from Amelia and I am reviewing Barry and The Chronicles by Alun Barry.

Barry encounters an evil force of Witches intent on capturing the minds of young children with a view to making themselves more and more powerful. Barry finds other Spiders along the way to help him stop their plans and together they battle for the upper hand.
Throughout the story there are constant references to The Spider Chronicles because it is a book of instruction, philosophy and meaning whose teachings are to be both followed and believed if good is to prevail over evil. Sometimes the content is easily understood but it cannot always be so and readers of all ages must seek the many messages being delivered.
The way Barry's life evolves is quickly read but hard to forget; there are many threads to follow and weave. This story could stay with you for years to come. 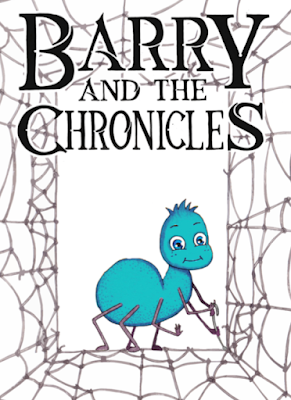 I loved this cover, it has a lot of detail with the spider’s web all around the edges of the book and the web looked like it was 3D with Barry still working on it.

To purchase a copy of the book follow the links below

Originating from the South Wales Valleys, Alun Davies had a varied and extensive career including roles in the Civil Service and international trade and accountancy practices before starting his own business.  Now retired he lives in London with his wife and three grown up children. In his spare time he writes music and has written original songs to accompany the release of the animation.

To connect with the author follow the links below

I am still reading Barry and The Chronicles but, these are my thoughts so far. This book is about a young spider called Barry and throughout the first couple of chapters you will learn how Barry fixes problems. Throughout this book, I have learnt that spiders read a book called ‘The Chronicles’ and there are rules in that book that every spider has to follow. About one in a million have special powers and these special powers are called ‘Secrets’. Barry has a human family and everybody in the family was scared of him.

Throughout this story Barry’s journey progresses and you get to read different chapters of ‘The Chronicles’ and these are some of the rules spiders have to follow.

From what I have read so far, the moral of this story is to not be afraid of the appearance of things.
Along with my review, I have a short-animated episode of the first chapter from Barry and The Chronicles. To watch this animation just click on the link below.  This is narrated by Alun Davies (who is also the author of the book).

Link to Barry and The Chronicles animation 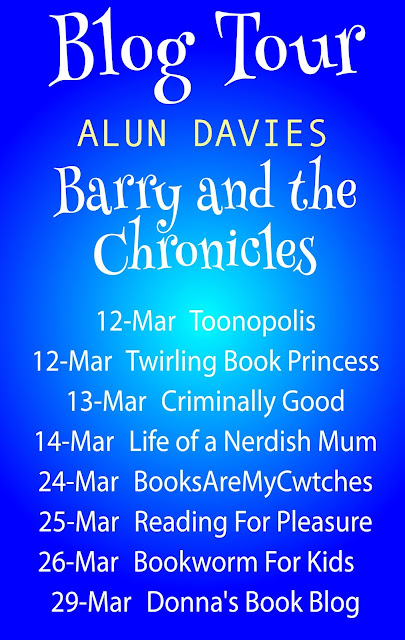 My thanks to Alan Davies for providing me with a copy of the book and the lovely note that accompanied it, the publishers #ClinkStreetPublishing and also Rachel for my spot on the blog tour.