Today, I am on the blog tour for End Game by Matt Johnson and have an extract for you to enjoy. 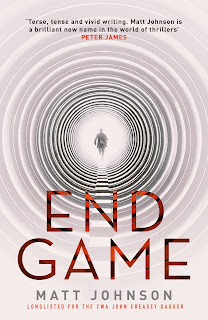 This is the final instalment in the critically acclaimed Robert Finlay series, as his past continues to haunt him…


Robert Finlay seems to have finally left his SAS past behind him and is settled into his new career as a detective. But when the girlfriend of his former SAS colleague and close friend Kevin Jones is murdered, it’s clear that Finlay’s troubles are far from over. Jones is arrested for the killing, but soon escapes from jail, and Finlay is held responsible for the breakout. Suspended from duty and sure he’s being framed too, our hero teams up with MI5 agent Toni Fellowes to find out who’s behind the conspiracy. Their quest soon reveals a plot that goes to the very heart of the UK’s security services. End Game, the final part in the critically acclaimed Robert Finlay trilogy, sees our hero in an intricately plotted and terrifyingly fast-paced race to uncover the truth and escape those who’d sooner have him dead than be exposed.

Matt Johnson served as a soldier and Metropolitan Police officer for twentyfive years. Blown off his feet at the London Baltic Exchange bombing in 1993, and one of the first police officers on the scene of the 1982 Regent’s Park bombing, Matt was also at the Libyan People’s Bureau shooting in 1984 where he escorted his mortally wounded friend and colleague, Yvonne Fletcher, to hospital. Hidden wounds took their  toll. In 1999, Matt was discharged from the police with Post Traumatic Stress Disorder. While undergoing treatment, he was encouraged by his counsellor to write about his career and his experience of murders, shootings and terrorism. One evening, Matt sat at his computer and started to weave these notes into a work of fiction that he described as having a tremendously cathartic effect on his own condition. His bestselling thriller, Wicked Game, which was shortlisted for the CWA John Creasey Dagger, was the result. Deadly Game and now End Game, the final book in the


Robert Finaly series, once again draws on Matt’s experiences and drips with the same raw authenticity of its predecessor. 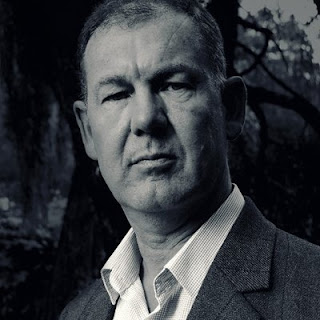 Howard scanned the notes on his desk.


If there was one very important thing he had learned in his life with the Security Service, it was to be thorough. Be it the creation of a cover story, a fake identity, the logistics supporting an operation, even an answer to a parliamentary question; all warranted appropriate diligence.


And yet, he was troubled. The job was done, complete, and what had at first appeared to be a situation likely to threaten both the national and his own personal security had been averted. The irritant that was Chas Collins had been removed, his manuscript recovered and both he and his literary agent had been taken care of. But things hadn’t gone as smoothly as they ought to have done. Grady had very nearly been compromised and the Belgium side of the clean-up had experienced unexpected delays when Collins had proved hard to locate. And now there was yet another problem.


As Howard sat back in his chair and arched his back in an attempt to ease the discomfort that had settled there during the last hour, the grey telephone on the desk rang twice and then stopped abruptly, interrupting his train of thought.


He waited. Five seconds later, the phone rang again. He picked up the receiver.


‘Sir,’ he began, having already guessed the identity of the caller.

‘We do. Both targets are black-bagged. And it was as we’d thought: Collins was trying to be clever by avoiding electronic back-ups. He and Mrs Price had the only hard copies and we have them both.’


‘Thank you, sir.’ If only he knew, Howard thought.


‘Have you had a chance to look through the draft?’


‘I have. Your decision proved correct, the book would have exposed a crucial aspect of our Islamic intelligence-gathering operation.’


‘We can count ourselves lucky.’


‘Indeed.’ Howard took a deep breath. There was no time like the present; and it appeared the Director was in a good enough mood to handle the news. ‘There is a new problem, however.’


‘I’m not certain at this stage, but quite possibly,’ Howard said, and heard a deep sigh at the other end of the line.

‘Presumably, your mentioning it means it’s something I need to know about?’


‘I think it’s best you do, yes,’ Howard answered.


‘Very well. Someone has Googled the name. I had a notification from GCHQ a couple of days ago.’


‘That’s unfortunate. Do we have a source?’


‘I predicted this, you will recall. There really were too many potential leaks.’

‘And I’ve always argued we needed to be proactive. Ask any decent surgeon – sometimes it’s necessary to destroy good tissue to ensure the whole tumour is removed.’


‘You’re referring to the two policemen?’ said the Director.


‘Amongst others – all represent potential exposure risks.’

We’ve had this debate before, Howard, I don’t intend to repeat myself.’


‘I understand. I’ll keep you posted with regards to the Google search.’


The Director ended the call. Howard replaced the telephone receiver and then flicked through the scattered papers in front of him until he found what he was looking for. It was a photograph of a group of heavily armed soldiers in desert fatigues – some standing, some crouched – posing at the rear of a C-130 transport aircraft. He studied the photograph for a moment, mentally ticking off the names as he scanned the faces.

Finally, his gaze came to rest on one man. He half smiled as he muttered quietly to himself. ‘Soon, old friend,’ he promised. ‘Very soon.’


Don’t know about you but I like the sound of this and must admit I have never read a book in this series but this will be sorted soon I promise.

Follow the rest of the blog tour to see what my fellow bloggers think about this book. 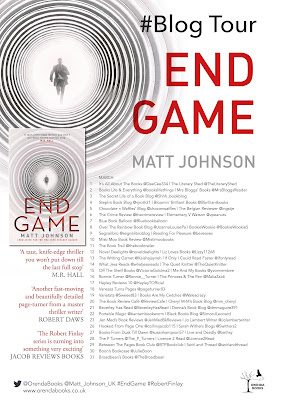 My thanks go to the author Matt Johnson and Orenda Books for this extract and also to Anne Cater for letting me join this blog tour.