Today on my blog, I am delighted to be able to share with you an extract from Angela Marsons new gripping crime thriller featuring Detective Kim Stone.  This will be book 8 in the series.    I have a few to catch up on so best get my skates on! 😉 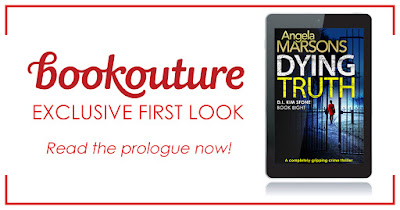 How far would you go to protect your darkest secrets?
When teenager Sadie Winter jumps from the roof of her school, her death is ruled as suicide – a final devastating act from a troubled girl. But then the broken body of a young boy is discovered at the same school and it’s clear to Detective Kim Stone that these deaths are not tragic accidents.
As Kim and her team begin to unravel a dark web of secrets, one of the teachers could hold the key to the truth. Yet just as she is about to break her silence, she is found dead.
With more children’s lives at risk, Kim has to consider the unthinkable - whether a fellow pupil could be responsible for the murders. Investigating the psychology of children that kill brings the detective into contact with her former adversary, Dr Alex Thorne – the sociopath who has made it her life’s work to destroy Kim.
Desperate to catch the killer, Kim finds a link between the recent murders and an initiation prank that happened at the school decades earlier. But saving these innocent lives comes at a cost – and one of Kim’s own might pay the ultimate price.
The utterly addictive new crime thriller from the Number One bestselling author – you will be gripped until the final shocking twist. 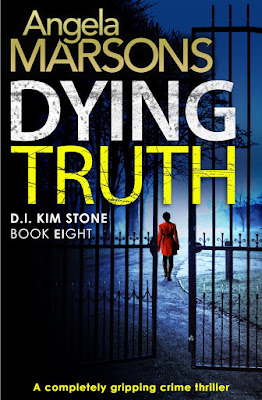 What a brilliant blurb, but then again, even without reading the blurb I would pick up this book for the cover alone.  I love, love, love this cover.

Anyway, enough of my ramblings.  If the blurb and then the fabulous cover haven't grabbed your attention enough, whilst not read on for the sneaky extract I can share with you from Dying Truth by Angela Marsons courtesy of the wonderful Bookouture.

Kim knew that her left leg was broken.

She pulled herself along the path on her hands as the stone bit into her palms, shards of gravel embedding beneath her fingernails.

A cry escaped her lips as her ankle turned and pain shot around her body.

Sweat beads were forming on her forehead as the agony intensified.

Finally, she saw the light from the building as three familiar shapes hurtled out of the doorway.

All three of them headed towards the bell tower.

‘Nooo…’ she cried, as loudly as she could.

Don’t go up there, she willed silently, trying to pull herself towards them.

‘Stop,’ she shouted out as they entered the metal doorway at the base of the tower.

Kim tried to still the panic as they disappeared from view.

‘Damn it,’ she screamed with frustration, unable to reach them in time.

She gathered all her strength and pushed herself up to a standing position, trying to drag her broken leg behind her as though it didn’t exist.

Two steps forward and the pain radiated through her body like a tidal wave and brought her back down to the ground. She gagged as the nausea rose from her stomach and her head began to swim.

She shouted again but the figures had disappeared from view and were now in the belly of the tower, behind solid brick, mounting the stone steps to the top.

‘Please, someone help,’ she screamed, but there was no one to hear. She was a good eighty metres away from the school, and she had never felt so helpless in her life.

She glanced at her wrist and saw that it was three minutes to eight.

The bell was due to be rung bang on the hour.

The fear started in the pit of her stomach and grew like a cloud to fill her entire body.

She struggled forward another agonising step, dragging her useless leg behind her.

Torchlight illuminated the top of the tower.

Damn it, they were already there.

‘Stop,’ she cried again, praying that one of them would hear her even though she knew her voice wouldn’t carry that distance.

The shafts of light moved furtively around the tower balcony ninety feet up in the air.

She saw a fourth figure amongst the three that were familiar to her.

The watch on her wrist vibrated the top of the hour. The bell didn’t ring.

Please God, let them get down.

Her prayer was cut off as she heard a loud scream.

Two people were hanging from the bell rope, swinging back and forth, in and out of the torchlight that darted around the small space.

Kim squinted, trying to identify the two silhouettes, but they were too far away.

She tried to regulate her breathing in order to shout again, even though she knew no kind of warning would help them now.

Her worst fears had been realised.

‘Please, please…’ Kim whispered as she saw the bell rope swing back and forth once more.

One figure was snatched from the bell rope as the second continued to swing.

‘No,’ Kim screamed, trying to carry herself forward towards them.

The fear inside had turned ice cold, freezing her solid.

For a few seconds time stood still. The saliva in her mouth had gone leaving her unable to speak or shout.

Kim felt the ache that started in her heart when the remaining figure and the swinging bell rope disappeared from view.

Her ears suddenly filled with a blood-curdling, tortured scream.

But no one else was around.

The scream came from her.

OMG what an opening.  I really need and want to know what happens next.  If you do to then you can pre-order by clicking here.  This brilliant sounding book is due to be released on the 18th May.

I know your tempted and just in case you missed the cover the first time round, I'll show it again. 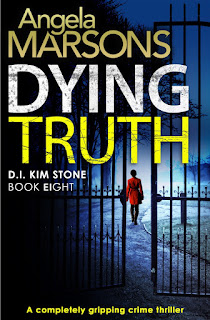 Posted by Reading for Pleasure at 20:05