In For The Kill - Ed James #Guestpost #BlogTour

Today I am pleased to be able to participate in the blog tour for In For The Kill by Ed James.  My thanks go to Anne Cater. 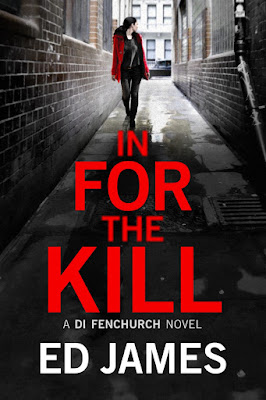 A university student is found strangled to death in her bedroom, but when the embattled DI Simon Fenchurch is called in to investigate, the case strikes dangerously close to home.
On the surface, the victim was a popular, high-performing student. But as secret grudges against her emerge, so too does evidence that she was living a double life, working on explicit webcam sites for a seedy London ganglord. Everyone Fenchurch talks to knows a lot more than they’re willing to tell, and before long he’s making new enemies of his own—threatening to push him and his family past breaking point.
With too many suspects and not enough facts, Fenchurch knows his new superiors are just waiting for him to fail—they want him off the case, and off the force for good. His family is in more danger than ever before. So how deep is he willing to dig in order to unearth the truth?

Today on my blog, I have a guest post for you from Ed James who will tell us all about how he came up with the idea for DI Simon Fenchurch.  Hope your all sitting comfortably.

It all started with vampires.

A few years ago, I wrote a book set in the Scottish Highlands about vampires escaping the Highland Clearances. Something like that. For some reason, it didn’t do very well. I had an idea for a sequel set in London and Kent, where a group of vampires breed people for their blood. The first thing I did as a full-time writer was an outline for that book, which went in a very odd direction.

I had a lead detective, Simon Fenchurch, a broken Met DI, who I’d become quite attached to. The name came from Simon Fench, a vampire in China Mieville’s THE SCAR, but coupled with Fenchurch Street in the City, somewhere I walked past every so often when I worked there, which rooted him to the location he investigates crimes in. When it became clear how badly the first vampire book did, I gave up on it.

But I just couldn’t get him out of my head. So I cut the supernatural nonsense from the book, and the central crime became more evil — people breeding humans for use in the sex trade.

And I needed to know who Fenchurch was. What makes him tick. What broke him?

My first police procedural series, featuring Scott Cullen, deliberately avoided the usual detective tropes, with Cullen the opposite of everything you usually read or saw. He’s a Detective Constable, not a DI or, even more egregiously, a DCI investigating low-level crimes instead of managing people and stats. He’s young and single, not divorced with kids that don’t speak to him, and he lives in a shared flat instead of a former marital home. And he drives a crap car, not a classic.

With Fenchurch, I decided to tackle the clichés head on. He’s a DI, so he delegates rather does all the tedious stuff. Made it much easier to write, I can assure you. I’d been reading a lot of film theory, which meant giving him a back story that gave a personal involvement in the case. It’s hard to do for a series police procedural, as it’s someone doing a job. So I made him separated from his wife after the tragedy of their daughter being kidnapped. Fenchurch became obsessed with it, causing their emotional distance and break up.

And Fenchurch spends his nights hunting for his daughter, but he doesn’t know what he’ll do if he finds her. In the first novel, THE HOPE THAT KILLS, the victim could easily be his daughter. Even though she isn’t, he can empathise with her family, which drives him on to make a horrific discovery. It doesn’t close any doors for him — that would happen later — but it let me and my readers get to know him and what makes him tick. And it didn’t have any vampires.

Now after reading that, I am so glad that he didn’t continue with vampires, as I am not a fan of books with vampires in.  That’s just my personal choice.   I am also looking forward to starting this book at some stage in the future.  Watch this space for my review then.

Ed James writes crime fiction novels, predominantly the SCOTT CULLEN series of police procedurals set in Edinburgh and the surrounding Lothians – the first four are available now, starting with GHOST IN THE MACHINE which has been downloaded over 280,000 times and is currently free. BOTTLENECK (Cullen 5) is out on 17-Mar-14. He is currently developing two new series – DI SIMON FENCHURCH and DS VICKY DODDS, set in London and Dundee respectively. He also writes the SUPERNATURE series, featuring vampires and other folkloric creatures, of which the first book SHOT THROUGH THE HEART is out now and free.

Ed lives in the East Lothian countryside, 25 miles east of Edinburgh, with his girlfriend, six rescue moggies, two retired greyhounds, a flock of ex-battery chickens and rescue ducks across two breeds and two genders (though the boys don’t lay eggs). While working in IT for a living, Ed wrote mainly on public transport but now writes full time. 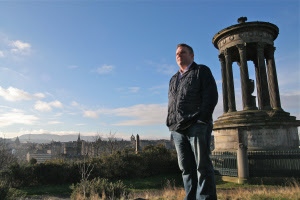 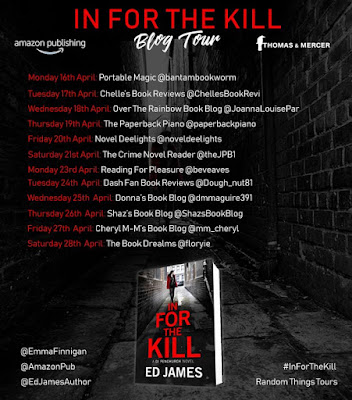 My thanks to Ed James for coming on my blog with his guest post, Emma Finnigan, Amazon Publishing and also Anne Cater  @ #RandomThingsTours for my spot on the blog tour.