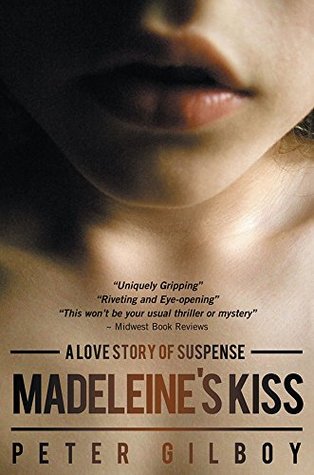 I would rate this book as 3 out of 5 stars

Not sure how to describe this book.  I have read 51% and am still none the wiser about the story or how this is going to develop and therefore I am afraid to say I have given up on this.

On what I have read I would say that this was an enjoyable book and I was enjoying it, just didn’t feel the story was flowing enough to keep me going.  On reading other people’s reviews though it is a good book but obviously just not one for me at the present time.

I would like to thank www.bookhippo.uk for allowing me to read a copy of this book.
Posted by Reading for Pleasure at 19:13 No comments:

One Mile Under – Andrew Gross

Synopsis from the book

The heart-pounding new thriller from the co-author of five No. 1 James Patterson bestsellers including Judge and Jury and Lifeguard, and the Sunday Times bestsellers The Blue Zone and Reckless.

Leading a tour down the rapids outside Aspen, Colorado, white-water guide Dani Haller comes across the body of a close friend. Refusing to believe it was an accident, Dani uncovers evidence that backs up her suspicions and takes her case to Wade Dunn, local police chief and her ex-stepfather.

Wade insists the case is closed but Rooster, a hot-air balloon operator, claims he saw something that Dani needs to know. Before she can find out, however, Rooster plunges to his death in a fiery crash. Dani threatens to go public with her evidence, and finds herself thrown in jail.

When ex-detective Ty Hauck receives word that his god-daughter is in trouble, he immediately jumps to her aid. Together he and Dani step foot into a sinister scheme running deep beneath the surface of a quiet, Colorado town that has made a deal with devil to survive.

I enjoyed this book and would rate it 4 stars!

The story starts off with Dani Whalen (Ty’s god-daughter we learn) and her job on the river rapids as a white-water guide.  Dani gets a thrill from this job despite gaining a major in geology this was the job she decided to do and loves.

During one of her guides Dani finds the body of a close friend (Trey Watson) amongst the Cradle’s rapids in a section known as “Baby’s Rattle”.

Chief Wade Dunn, the Sheriff in the small town of Carbondale, who has a history of mixing pills and bourbon and who also happens to be Dani’s stepdad is sent to investigate the matter.  The pair do not see eye to eye (Wade having been married to Dani’s mum before she died, which Dani blames him for).

Rooster (Ron) a balloon operator opens his mouth in the busy pub not long after Trey’s body is found shouting out that it wasn’t an accident but murder!

Shortly after this, whilst Rooster is in the middle of showing a family the scenery in a hot air balloon trip early one morning, he is killed.

Dani already suspicious of Trey’s death had begun to investigate this by looking into things without the police knowing and ends up landing herself in jail instigated by Wade.  Dani’s biological father is informed of this and asks Ty to go down and check that Dani is fine and keep her company (i.e. out of trouble).  Dani’s dad and Ty are old friends.  Upon Ty checking into the town and speaking to Dani and with a bit of gentle persuasion Ty and Dani start looking into the death of her friends to see if there is / was anything suspicious surrounding the incidents.

Upon investigating in the way Ty does, he stumbles across a link between the Alpha Group (members being Colin Jerrod Adrian, John Robertson and Randall McKay).  Things go from bad to worse then and things start to be uncovered which involve Ty’s life being put in danger.

Dani is a feisty girl and like a dog with a bone.  Ty is pretty much the same and therefore the partnership works well together.

Want to know more then I suggest you pick the book up and read.

Just hope there isn’t another 5 year wait before the next instalment of Ty Hauck!

Posted by Reading for Pleasure at 18:39 No comments:

Apologies not been around much, got a lot of personal things on at present and not reading as much.  However, I am in middle of writing a review, and have a book on the go as well along with a few more to review so business will resume shortly.

In the meantime please feel free to check out previous reviews I've done.  You never know there may be a book amongst ones I've reviewed that you fancy reading.

Most of all enjoy reading !! 😊📚
Posted by Reading for Pleasure at 22:53 No comments: