Today I am pleased to be able to participate in the blog tour for Death on Dartmoor by B A Steadman.  My thanks go to Sarah Hardy at Bloodhound Books. 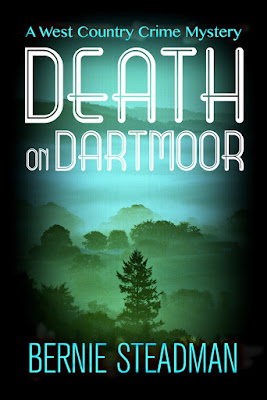 About the Book
Life is good for DI Dan Hellier until the discovery of two headless, handless bodies buried in a bog on Dartmoor. But how can he identify the victims when nobody has reported them missing?
The tension mounts when the death of a young man plunges Hellier into the murky world of the Garrett family. Could the peaceful, family-run Animal Rescue Centre really be a cover for murder and other criminal activity?
Hellier is about to learn just how far people will go to get what they want.
And this investigation will challenge Hellier’s decisions as he races to catch another murderer before it’s too late.
Extract

Today I am pleased to be able to curl up in a comfortable chair, with a drink and chat to the author.  Why don’t you do the same and curl up and read what she has to tell me.

The question that was asked was, Why Do I write? The original answer was I like making it all up!

Luckily for me she kindly went on to expand, otherwise that would have been a very short interview and told me that ....

People often ask me why I decided to write, and, to be honest, there are times I ask myself the same question. But, when it’s going well and the words tumble out of my fingers and onto the computer it’s the best feeling. The act of creativity is powerful and totally absorbing. To those times, I can’t think of anything I would rather do.

When it’s not going so well, when it’s sticky and there are breaks, (of weeks, sometimes) and a whole lot of staring at the wall, then I wonder what on earth I’m doing. But, hey, I took early retirement from teaching to write, so I suck up the bad days and crack on. I always compare it to learning to play a sport or a musical instrument; there are geniuses who can do it all naturally with what seems like little effort, and then there are the rest of us, who don’t expect (or get) instant fame and fortune, but who expect (and get) to spend a long, long time learning and honing our writing craft. If that learning leads to publication and kind reviews, then all the effort is absolutely worthwhile. In fact it’s incredibly exciting to see your own book in print, and to know that people are reading and enjoying it – priceless.

As a child, I read my way through all the Greek and Roman myths. I loved the fantasy element of these powerful gods playing havoc on humanity. At the same time, my mother’s boss gave me the complete set of P G Wodehouse Wooster and Jeeves books, which introduced me to silliness, and the clever sidekick. I learned about story, about humour and character.

In my teenage and early adult years I loved science fiction and fantasy, devouring HG Wells and John Wyndham, revelling in the fact that they made it all up. I read Asimov, Bradbury, and in fantasy, David Eddings, Raymond Feist (I doubt any series has bettered The Riftwar saga), Sherri S Tepper. I could go on, for a year or two probably.

Later, in my thirties, I got into crime, and now I am a Scottish noir addict: Stuart MacBride, Pater May, Rankin, McDermid, love them all. Also, more internationally, Louise Penny for setting and her wonderful Inspector Gamache, J D Robb for a brilliant heroine, Eve Dallas, and Kate Atkinson for Jackson Brodie. So, I suppose that is why, when I finally sat down to write a novel, crime was the first genre I felt comfortable enough to have a go at, and Dan Hellier was born.

In fact, my comment about the early sci-fi writers is the key to the whole pleasure of writing for me. I get to sit in my room with a computer and make stuff up. I can create an evil baddie, and get my detective to destroy her in the end. I can search the area where I live for interesting crime scenes among the gorgeous countryside and beaches, and then just make it all up.

After a lifetime of doing what other people told me to do, being quiet (tough), not letting my imagination run riot, (tougher) and sticking to the facts (completely impossible) – it’s liberating!

Thanks to the author for joining me today and sharing the reason why she writes.  If you enjoyed this, why don't you read more about the author below and follow the links to buy the books. 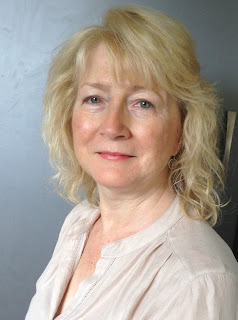 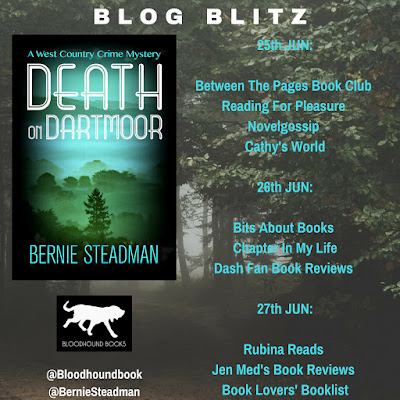 My thanks to B A Steadman for joining me today and sharing the reason why she writes, the publishers Bloodhound Books and also Sarah Hardy for my spot on the blog tour.
Posted by Reading for Pleasure at 08:00