Today I am pleased to be able to participate in the blog tour for Rubicon by Ian Patrick.  My thanks go to Emma Welton and Fahrenheit Press.

Two cops, both on different sides of the law – both with the same gangland boss in their sights.

Sam Batford is an undercover officer with the Metropolitan Police who will stop at nothing to get his hands on fearsome crime-lord Vincenzo Guardino’s drug supply.

DCI Klara Winter runs a team on the National Crime Agency, she’s also chasing down Guardino, but unlike Sam Batford she’s determined to bring the gangster to justice and get his drugs off the streets.

Set in a time of austerity and police cuts where opportunities for corruption are rife, Rubicon is a tense, dark thriller that is definitely not for the faint hearted.

Rubicon is centred around Sam Batford an undercover officer who has been seconded (or has he) to the National Crime Agency (NCA) and DCI Klara Winter who runs that team.

They are completely different, yet both want the same result (or do they)?

To go into further detail to me wouldn’t necessarily spoil the book but more spoil the enjoyment and thrills that this book has to give and Ian Patrick writes about.  However, I will say that this book opens with a bang and one that had me gripped and feverishly tapping the pages on my trusty kindle to see what would happen next on my commute to work.

Look forward to reading more by this author.
About the Author

Educated in Nottingham, Ian left school at sixteen. After three years in the Civil Service he moved to London for a career in the Metropolitan Police.

He spent twenty-seven years as a police officer, the majority as a detective within the Specialist Operations Command. A career in policing is a career in writing. Ian has been used to carrying a book and pen and making notes. 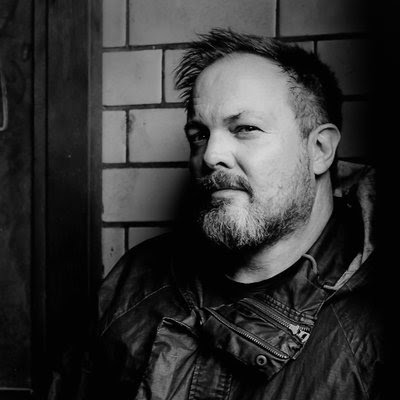 Now retired, the need to write didn’t leave and evolved into fiction.

My thanks to Ian Patrick for the chance to review this book, the publishers FahrenheitPress and also Emma @ damppebbles.com for my spot on the blog tour.