Today I am pleased to be able to participate in the blog tour for Grave Island by Andrew Smyth.  My thanks go to @SarahHardy and @BloodhoundBooks for my spot on the tour. 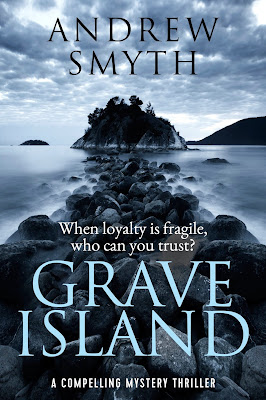 A fast-paced and explosive new thriller

When Philip Hennessey is thrown out of army intelligence after evidence is fabricated against him, his ex-wife’s school friend asks him to investigate the sudden death of her father, who she thinks has been murdered.

Philip soon discovers a far larger problem: a lethal trade in the manufacture and distribution of counterfeit drugs.

Using his contacts within the intelligence agencies, he follows the trail across the world, chasing counterfeit vaccines that could kill thousands.

Pitted against an international conspiracy, can Philip prevent the fake medicines from getting through, and who can he really trust?

What everyone is saying about Grave Island

"I'd recommend this book to anyone who likes a fast-paced thriller." Peggy Beaver- Reviewer
"An immensely good thriller, that will keep you wondering where the plot is going to take you next." Alexina Golding - Bookstormer

Join me today on my blog where I share the reason why Andrew Smyth called his book Grave Island.  Settle down and grab a few minutes with a nice relaxing drink and curl up and enjoy.  It’s fascinating and sounds like a lovely place to visit in all honesty! 😊

Zanzibar and the real Grave Island 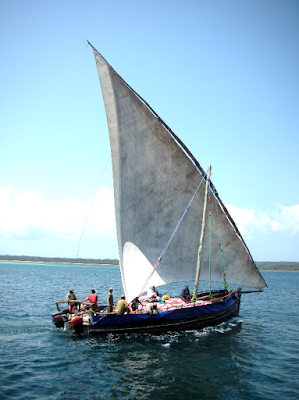 We visited Zanzibar when we were sailing around East Africa in 2008.  Zanzibar has had a chequered history to say the least, and we were warned that it wasn’t entirely safe. Being on an anchored boat at night can make you feel very vulnerable and so instead of anchoring off the town we went in search of somewhere more secluded.

The nearest bay away from the Stone Town foreshore was a little island called Chapwani Island and we had to admit it didn’t look very promising as we approached. It was low-lying with a coral fringe on its north west shore which dried out at low tide, but it was out of sight of Stonetown and seemed reasonably remote. I could see that there was some kind of building on the island and not all of them allow you to land, but there was a dhow anchored off the beach with someone working on it so I took the dinghy over to ask. There was a woman on board, talking to what must have been the skipper and she seemed surprised that I should ask. “You’ll be very welcome,” she said. “We always encourage yachtsmen to visit.”

Later that afternoon we went ashore and the woman from the dhow came out to greet us. She told us she was called Maria and that she was the owner and offered us a drink on the terrace. It was a large open building, made up with a roof of reeds with timber supports in the local style. We looked out across the bay as Maria brought us our drinks and, to our surprise, sat down with us. ‘I’ve always wanted to go sailing,’ she said. ‘It’s my dream to sail around the world but the nearest I get is welcoming the people who’re actually doing it.’

I looked around us in astonishment. If ever there were a dream this was it. A perfectly sized tropical island with dense forest inland and encircled by cobalt-blue waters – and that was before I knew about the wildlife. We asked how she came to own such a place. ‘I trained as an engineer in Italy,’ she said, ‘and came out here to work.’ This astonished us even more. An Italian female engineer is one thing, but an Italian female engineer working in Tanzania – and Zanzibar at that – was something else. ‘I built many of the roads on the island but when the millennium approached I thought I’d do something really special, so I took out a lease on this island and put up some shacks on the beach and invited everyone here to see in the new century.’ She shrugged and looked around her. ‘It seemed so nice here that I decided to stay and build it up as a resort.’

She asked about our sailing and the places we’d been to but was interrupted by one of her staff asking for instructions about the kitchen garden. When we adopted our now permanent expression of surprise – what else did this island have to offer? – Maria explained that in addition to their normal duties, she insisted that they take on responsibility for another aspect of the island’s mini-economy (and for which they received all the profits). Hence some of them looked after the vegetables, some went fishing while others made up cotton dresses which were for sale to the guests. Our friend, Di, was so taken with them that she ordered one to be sent to her back home in the UK. By now the sun was setting and Maria looked at her watch and stood up. ‘Follow me,’ she said and led us around the shoreline to the tip of the island to see the bats. I describe them in detail in the books, so won’t spoil it here, but it was a sight like no other.

Maria’s hospitality didn’t stop there, and she insisted we stay for dinner – at the end of which she wouldn’t accept a penny in payment. ‘It’s the closest I get to sailing around the world,’ she said. She also told us to come back in the morning and she’d get the island boatman to take us into Stonetown. ‘You can leave the boat here where it’s safe,’ she said. ‘I can also show you the graves when you get back.’

Graves? What else was on this island? When we landed the next day, we tracked down one of the dikdaks – tiny antelopes barely a foot high – and then almost tripped over the most extraordinary coconut crab, which have to be seen to be believed. They walk almost upright on very long pincers which they use to wrap around the trunk of the palm trees as they climb to the top to knock of the coconuts. We came back to collect our tender after visiting Stonetown and Maria showed us the graves. At the outset of the First World War, the German battleship, Königsberg, found itself in the Indian Ocean and quickly engaged the aging British cruiser, HMS Pegasus which was undertaking repairs in Zanzibar harbour. With her engines shut down, she was a sitting target and was incapacitated within minutes. Although its commander struck her colours to avoid further bloodshed, she sank later that day with thirty-one lives lost – twenty four of whom are buried in the naval cemetery on Chapwani, which remains to this day under the care of the Commonwealth War Graves Commission.

As we took to our dinghy, I thanked Maria for her amazing hospitality and told her that if one day I wrote a novel, I’d call it after her island. I’d call it Grave Island. 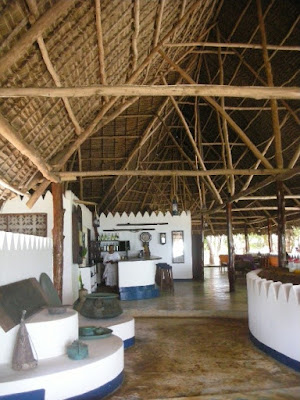 After graduating from Fitzwilliam College, Cambridge, Andrew spent a couple of years attempting to break into the film industry (including an unenviable job as Michael Winner’s assistant). When not working in films, he started up a building business and carried out work both in the UK and later in the South of France.

On returning to the UK, he established a company to manufacture a range of public transport seating, which won the 1980 Design Council Award. Eventually the seating was installed in bus stations and shelters throughout the country with licensees in Japan and the USA. Over the next twenty years the company diversified into the manufacture of architectural glazing and by the time it was sold, it had a workforce of some 60 people.

Andrew then concentrated on his main interests: sailing and writing. With his wife he explored the Mediterranean extensively in their catamaran, moving on to the Red Sea, East Africa and the Far East, returning to the Caribbean and the USA. He has written frequently about his travels for all the main yachting magazines. He also wrote and published an Introduction to the Canal du Midi, which was the inspiration for Rick Steins’ TV series. His first novel, Caesar’s Passage, was short-listed for the Authors’ Club Best First Novel award. His second, a thriller called Grave Island, is due out in the summer of 2018. 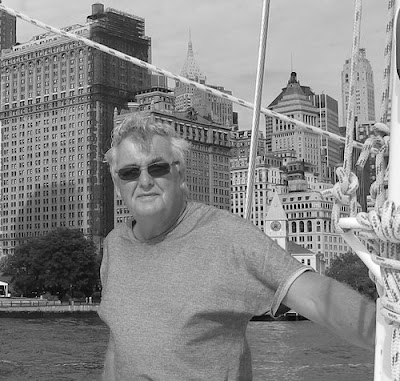 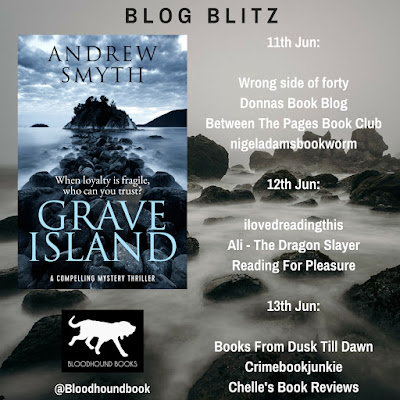 My thanks to Andrew Smyth for joining me on my blog and providing the lovely guest post to explain how he came up with the title for his new book Grave Island.  I would also like to thank the publishers Bloodhound Books and also Sarah Hardy for my spot on the blog tour.