Today I am honoured and pleased to be able to participate in the blog tour for Letterbox by P A Davies.  The blog tour coincides with the anniversary of the IRA bombing in Manchester and my stop is actually on the day the bombing occurred.  My thanks go to the author P A Davies along with Caroline Vincent of CarolineBookBit for allowing me to participate in this tour and I would like to convey my thanks for the honour of allowing me to hold my stop on the very day. 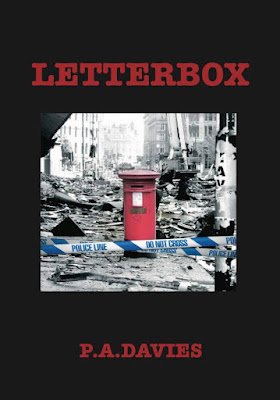 Letterbox is strong, powerful, emotive. A harrowing novel about the 1996 Manchester IRA bombing – what a haunting tale and heartbreaking insight into the lives of those, responsible for the bombings and of those, who by their very being had no choice but to be implicated in it… their lives will never be the same…

At approximately 09.00 hrs on the 15th June 1996, an unassuming white lorry was parked on Corporation Street in the city centre of Manchester, England; It contained over 3000 pounds of high explosive.

At 11.15 hrs the same day, Manchester witnessed the detonation of the largest device on the British mainland since the Second World War … The Irish Republican Army claimed responsibility for the attack.

Based around actual events, LETTERBOX tells the story of Liam Connor, an ordinary boy brought up in Manchester by a seemingly ordinary family.  He goes to the local school, loves football and has a best friend called Sean … an ordinary life.

Unbeknown to Liam, his father, Michael Connor, harbours a dark historic secret and follows a life less ordinary … as a furtive yet high ranking soldier within the IRA.

As a result of extraordinary circumstances, Liam’s innocent and carefree world is shattered when he is exposed to the truth about his family’s heritage and then learns about the tragic death of his father at the hands of the SAS.

Consumed with both hate and the need to seek retribution, Liam is taken to Ireland where he is intensively trained to become a highly skilled and efficient soldier within the Irish Republican Army … He is 16 years old.

Some years later, following the drug-induced death of his beloved sister, Liam is given the opportunity to exact his revenge on those he believed should truly be blamed for the tragedies in his life … The British Government.

Thus, on the 15th June 1996, it was Liam’s responsibility to drive the bomb-laden lorry into the unsuspecting city of Manchester and let the voice of the IRA be clearly heard …
And listened to…

As described above, Letterbox is centred around the 1996 Manchester IRA bomb.

The day the bomb went off in what I class as my home town of Manchester having worked in the city for a number of years and still work in the city to this day, as well as having and still socialising in the city, is a day I will never forget, even more so as I was planning on going into Manchester that day and for some reason I now can’t remember didn’t end up going in.  (Maybe that was fate or maybe one of my guardian angels was looking down on me that day).    During my commute to and from my current place of work, means that I am on a tram that bypasses the site of where the bomb was detonated and whilst reading this book on my daily commute was able to vividly remember the carnage that was left on that eventful day that unfortunately made history.

Before moving on to my thoughts about the book, I must confess to feeling ashamed to say that this book as been in my never ending TBR (to be read) pile since 16 June 2014 (a record number of 4 years and strangely enough the day after one of the anniversary’s), and I am afraid that without Caroline offering me the chance to participate in this tour may have lay there for a further few years, and I would never have realised what a FANTASTIC book this was.

The books is a tale of that eventful day, the years leading up to it and a few days after and through this book we learn what made the character Liam O’Connor do what he did.

We meet Liam as he moves into his new home and meets what becomes his best friend Sean.  We follow the lives of Liam who is a seemingly innocent child going about his everyday life of school, girls and hanging around with this best friend, unaware what is happening behind closed doors and what his extended family are involved in.

We learn the fiction based tale of how Liam became a member of the IRA and what the events were that led up to that fateful day on 15 June 1996 when a bomb was planted in the city centre of Manchester and how things transpired from there, how Liam ended up being in the centre that day and the things that he was compelled to do as well.

To go into too much detail about the story would to me give away the things that the author is trying to portray and the feelings that have gone into writing what to me is a book that brought back so many memories of what happened and yet the city of Manchester is strong and resilient and built itself back up as it has done again recently.

P A Davies has written a gripping fiction based novel with a some aspects of the truth in it and no doubt had to do a lot of research to understand the effects of the day that was etched in history 22 years ago today.

I sure that many of you will remember the carnage that occurred on that eventful day and of how Manchester has rebuilt itself since that day.    I have also recently been into the city to take some further pictures when I went to pay my respects to the most recent atrocity that occurred on 22 May 2017. 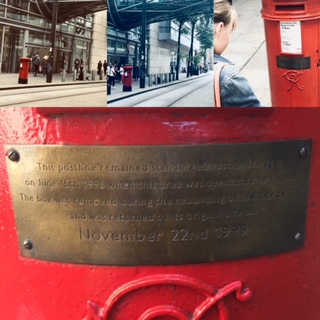 The above pictures show the post box on the newly regenerated Corporation Street outside the Marks and Spencer that is now there, my daughter reading the plaque that was placed on the post box and the wording of the plaque which reads

“The postbox remained standing almost undamaged on June 15 1996 when this area was devasted by a bomb.  The box was removed during the rebuilding of the city centre and was returned to its original site on November 22nd 1999”. 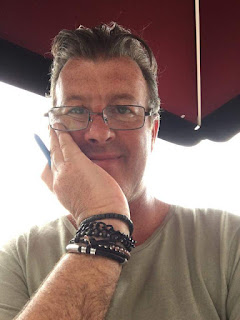 The above photograph is P.A. Davies at his favourite writing space: Costa Coffee Café (wish I knew which one, I might be inclined to stalk him to find out if he’s going to write another book based in Manchester) 😊


Check out the rest of the blog tour with these fabulous blogs: 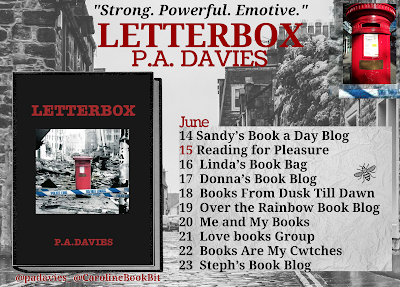 My thanks to P A Davies for allowing me the opportunity to partake in this blog tour to remember that eventful day, and also Caroline @ CarolineBookBit for my spot on the blog tour.