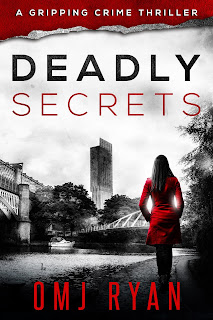 Millionaire Marty Michaels had the perfect life -- until he found a dead girl in his bathroom.
For twenty years, superstar radio host Marty Michaels has used his vast fame and power to make or break the careers of celebrities and politicians.
But Marty discovers that power comes at a price when he wakes in a strange hotel room and finds a murdered girl in the bathroom. He’s been setup. Someone wants to destroy him.
Desperate to clear his name, Marty is propelled into a dark world of danger, corruption and depravity, and with the media world he once ruled now baying for his blood -- the hunter has become the hunted.
Not knowing who to trust, or where to turn, Marty fights alone against a powerful criminal network as he tries to save his reputation, his job…and his life.

Today’s review of this book is courtesy of my guest blogger Debbie Ramsden.  For my blogger friends that know Debbie, she is an avid reader and always has a book if not more thank one on the go.  Debbie is able to turn her hand to most things, and is a fantastic baker, creator of jewellery and also has a partial to knitting and cross stitching to name but a few things.

A rollercoaster of a read that doesn't pull any punches. I will try not to give the plot away too much.

The main character Marty Michaels is a talk radio show host, in his eyes he is "the main man", "the money maker for the station", "the star attraction", and as such he lives the lifestyle with the big posh house in an affluent area, with all the trimmings.

In person he is an opinionated, self-assured, arrogant man who doesn't care who gets hurt in the fallout of any of his crusades. His character is definitely not a likeable one in my opinion.
Then his whole world comes crashing down around his ears when he is accused of a horrific crime that he has absolutely no memory of whatsoever, he doesn't even remember how he came to be where he was found.

Unfortunately for Marty he has upset so many people on his shows that no one has any sympathy for him. He comes unstuck with the police who arrest him just for starters. His station takes his show, off air whilst he is under suspicion. The TV and Radio stations news reports are full of his accused crime so trial by media.

I enjoyed this book, it definitely gives you a rollercoaster of a read. Even though the main character is not someone I would ever wish to meet at a dinner party I did end up having sympathy for him.

The book keeps you in suspense with all its twists and turns whilst Marty tries to remember what has happened to him and then tries to figure out who could hate him enough and have enough power to do all this to him.

I found it to be a gritty and intense read with a powerful storyline. Very enjoyable and well worth taking note of the authors name for future books. Five stars out of five stars from me. Thank you.

Now I think Debbie should make a permanent feature of being my guest reviewer with reviews like that.  What’s next I wonder??

Hailing from Yorkshire, OMJ Ryan worked in radio and entertainment for over twenty years, collaborating with household names and accumulating a host of international writing and radio awards. In 2018 he followed his passion to become a full-time novelist, writing stories for people who devour exciting, fast-paced thrillers by the pool, on their commute – or those rare moments of downtime before bed. Owen’s mission is to entertain from the first page to the last. 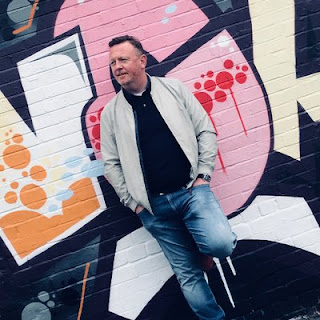 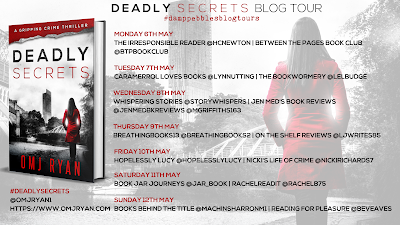 My thanks to OMJ Ryan, the publishers Inkubator Books and also Emma @ damppebbles.com for my spot on the blog tour.

Posted by Reading for Pleasure at 11:59