Today I am pleased to be able to participate in the blog tour for Pressure, the fabulous new book by Betsy Reavley.  My thanks go to Sarah Hardy at Bloodhound Books for my spot on this tour. 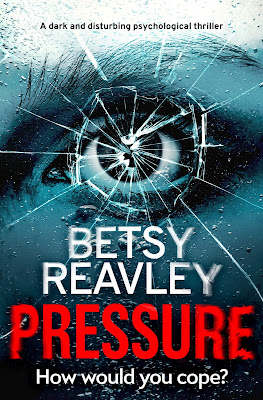 When the submarine departed, none of the ten people on board knew it would turn into a nightmare.

Trapped on the sunken vessel on the bottom of the ocean and unable to escape, one of them is discovered dead. The tension escalates as the survivors realise there is a murderer among them, who is preparing to strike again and again…

With mounting desperation, people begin to turn on each other. While they struggle to identify who is responsible, each must contend with their own past, the claustrophobia and the secrets they are hiding.

But who is who?  And which of them will be next to die?

Below the surface, the pressure is building and time is running out…

I was so pleased to be able to read this book as part of the blog tour.  The last book I read by Betsy Reavely was Fraility back in 2016 and cannot believe that the other books by Betsy are still sitting on my kindle waiting patiently to be read 😡.  I seriously need to rectify this and catch up.  😏

Pressure is centered around a group of people who are set to star in a film based on a submarine which experiences problems and starts sinking and how the people on the sub cope as one by one things start to happen.

I couldn’t think of anything worse and this would be my worse nightmare to be based on a submarine, I remember vividly going on one of those underwater trips when in Fuerteventura last year and our daughter wanted to go on one.  I never felt so claustrophobic in my life and felt so sick and couldn’t wait to get off.  I had never been so relieved to get back on “dry land” and vowed never to do anything like that again.

Pressure is told in alternating chapters with each of the people on the sub advising how they came to be on board as well as chapters about one of the character who was abused by their mother.

We follow the members and watch as things start to happen to the people on board.

Through the chapters wrote through the eyes of the child being abused and I was reading further and further into the book, I kept feeling I had worked out who this was only to be proved wrong time and time again as I kept guessing.

Betsy Reavely is a writer who knows how to grab the reader by the hand and transport them into the depths of the story and keep them there and this made me gasp from breath time and time again.

Author of  The Quiet Ones, The Optician's Wife,  Frailty, Carrion, Beneath the Watery Moon and the poetry collection The Worm inthe Bottle. Betsy was born in Hammersmith, London.

As a child she moved around frequently with her family, spending time in London, Provence, Tuscany, Gloucestershire and Cambridgeshire.

She showed a flair for literature and writing from a young age and had a particular interest in poetry, of which she was a prolific consumer and producer.

In her early twenties she moved to Oxford, where she would eventually meet her husband. During her time in Oxford her interests turned from poetry to novels and she began to develop her own unique style of psychological thriller. 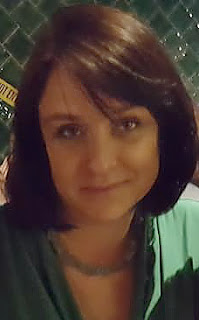 Betsy says "I believe people are at their most fascinating when they are faced by the dark side of life. This is what I like to write about."

Check out the rest of the blog blitz with these fabulous blogs: 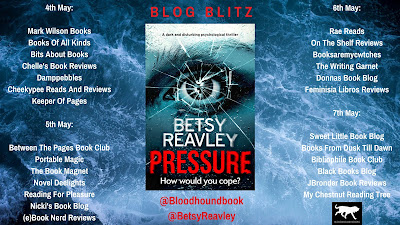 My thanks to Betsy Reavley for letting me read an advance copy of this book and the publishers Bloodhound Books for my spot on the blog tour along with NetGalley for granting my request to review this book.

Posted by Reading for Pleasure at 10:15