Stench – A B Morgan

Today I am pleased to be able to participate in the blog blitz or Stench by A B Morgan and I have a Guest Post for you.  My thanks go to Sarah Hardy from Bloodhound Books. 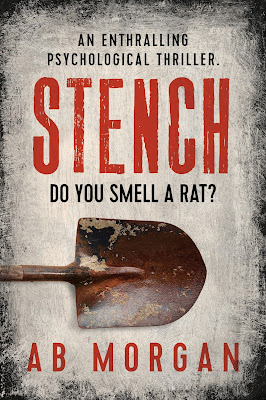 Rory Norton didn’t always make his living as a motorbike instructor and he went to great lengths to leave his past life behind, to start again.

He thought he had succeeded, until the body of a missing woman is discovered under the floor of his cottage. Only then do the guilt and shame of his wife’s mysterious, untimely death and the accusations about his connection to the missing woman combine to break him.

The question is not how the missing woman died but why, and who is responsible?

Characters that sneak up on you

Konrad Neale is back.

Who is he?
Konrad is a likeable TV front man with determination, self-deprecating humour and integrity. He first appears in The Camera Lies. As the central character, he was the dynamo and the man who didn’t break under the most appalling strain.

Inside my peculiar mind - my “imaginarium” - I see a man who, if he were played by an actor, would be most like Rupert Graves. A battle-scarred silver fox, Konrad hides emotional pain behind his personality.

Why are characters so important to get right?

Characters are such an integral part of writing that no story can be written without them being well-rounded enough for the writer to know how they will behave in any given situation. I often berate myself for the smallest oversight in that regard.

Sometimes they inhabit the mind of the writer to such an extent that they become almost real. They are born when I first imagine them, and then develop over the months of writing and editing until they have fully-formed backgrounds, characteristics, opinions and voices.

When I began to write Stench, Konrad stepped into my head again and he was disgruntled. He would not be denied his place in the new mystery. I wondered why he was so insistent until I realised that he was not the only character from my previous novel that demanded a continued existence.

A cast with depth.

When I read the reviews for The Camera Lies, not only were there memorable congratulations on my ability to write the strong male character of Konrad Neale and of the hilarious, meaty Barney Ribble, but there were also several mentions of the female characters, particularly the lovable Annette.

How could I abandon them to remain trapped inside just one book?

The simple answer is that I couldn’t.

As soon as I finished writing The Camera Lies and sent it out into the world, I missed them.

Describing Annette’s love of food, the way she waddles as she walks and her lively bright personality, was a joy. As Konrad’s friend and confidante, she is larger than life in many ways and so she had to come along dragging the reliable Barney with her. In Stench, they are central to the way the plot develops and they are the driving force behind the denouement.

A B Morgan: (The tartan is Welsh: Morgan)

Married to an overgrown child with a beard and too many motorbikes, Alison Morgan lives in a corner of a field in North Bedfordshire and is making the most of a mid-life crisis. The Morgans are determined not to grow old gracefully or to be seen wearing beige and can be found exploring life through a love of live music, anything with an engine, the sea, mountains, rugby, proper pubs and fascinating people.

Alison worked for the NHS for nearly thirty years, twenty of those within mental health services, at the front line. She eventually became the manager of a countywide community service for people experiencing their first episode of psychosis. Much to her frustration, her heart decided to develop an electrical fault, which forced her to sit down for more than five minutes and her career juddered to a halt. Not one for thumb twiddling, she took up position in front of a computer with a plan to write a set of clinical guidelines for assessment of psychosis but instead a story, which had been lurking in her mind for several years, came tumbling out. 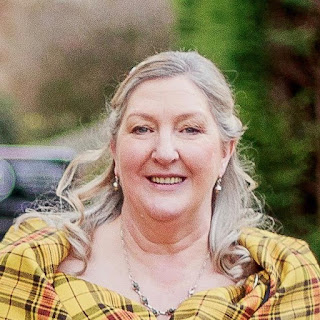 Her first two novels, A Justifiable Madness and Divine Poison, were inspired by her career as a psychiatric nurse and her fascination with the extremes of human behaviour. Then she stepped sideways and wrote a gritty psychological thriller, The Camera Lies. All published by Bloodhound Books, Alison’s novels have received excellent reviews and inspired many an interesting debate. Above all, they are entertaining reads and, despite dark subjects, will raise a smile. 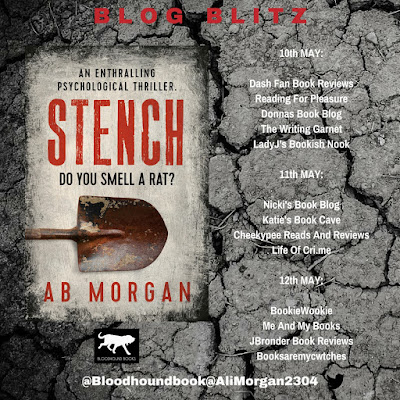 My thanks to A B Morgan for providing this guest post today, the publishers BloodhoundBooks and also Sarah Hardy for my spot on the blog blitz.