Today I am pleased to be able to participate in the blog tour for Burning Secrets by Ruth Sutton.  My thanks go to Damppebbles Blog Tours. 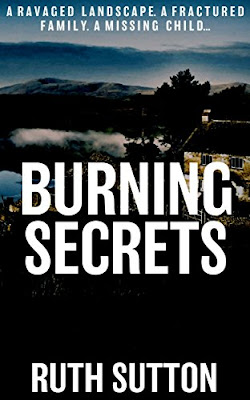 It’s the spring of 2001 and Foot & Mouth disease is raging across Cumbria.

Twelve-year-old Helen Heslop is forced to leave her family farm and move in with relatives in a nearby town because the strict quarantine means she can’t travel back and forth to school in case she inadvertently helps spread the disease.

As the authorities and the local farming communities try desperately to contain the outbreak, tensions run high and everyone’s emotions are close to the surface.

And then Helen disappears.

The police search expands all over the northwest coast where farms are barricaded, and farming families have been plunged into chaos - not least the Hislop family, where potentially explosive fault lines are exposed.

Under the strain tensions build inside the police team too, where local DC Maureen Pritchard is caught between old school DI Bell and new broom DS Anna Penrose.

Will Helen survive? And can life for the Heslop family ever be the same, once burning secrets are discovered and old scores settled?

I found this book to be a sheer delight to read.  I know it is a crime / thriller book and most people wouldn’t use the words “sheer delight” but that the tame version of the words I’d use!

The book is set in the beautiful part of the country called Cumbria, however this is during the foot and mouth epidemic that was in the news in 2001.  Added to that we have the disappearance of a 12-year-old girl.

Helen the 12-year-old girl is sent to live with family members whilst the farm she normally lives on is on lockdown due to foot and mouth.  Helen doesn’t particularly like living in the house so when Alex (who advises he is a friend of her mums) tells her he’ll take her back to her mum, she jumps at the chance.  Little does she know what’s going to happen next.

I found this book had just the right amount of suspense to keep me turning the pages and despite have an inkling about how things were going to pan out, was surprised to say I didn’t fully work it out until towards the end of the book.

All in all an enjoyable read and am looking forward to more by this author.

Ruth is a very independent person, which – like many things – is good up to a point but can get tricky sometimes. She lives in a very beautiful place, but it’s a long way to a cinema, or a big supermarket, and if the time comes when she can’t or doesn’t want to drive, she’ll have to move as there’s no public transport. She qualifies for a bus pass, but there aren’t any buses. Her daughter and her family live quite close by, and she loves to see her two grandchildren. After decades on her own, she has a partner whom she loves. They each have their own house, 40 minutes apart, and this life style suits them both. Ruth wrote her first novel after she was 60. 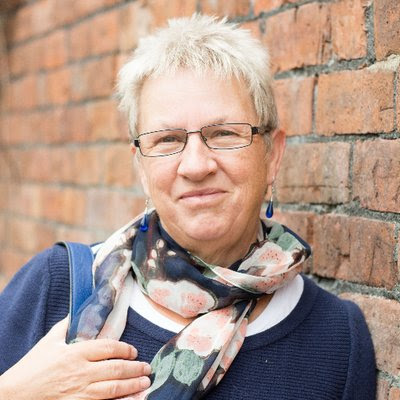 In addition, Ruth has self-published a trilogy entitled Between the Mountains and the Sea; A Good Liar tells the story of Jessie who risks career and independence with a love affair, whilst her secret past draws ever closer. Forgiven is set among the coal mines and fells of the Cumberland coast. Jessie’s struggle for happiness continues. Fallout features the nuclear disaster at Windscale, which brings a compelling stranger into Jessie’s world. 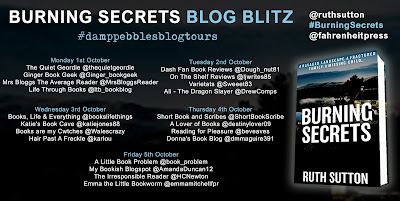 My thanks to the publisher’s Fahrenheit press and also Emma Welton @ Damppebbles Blog Tours for my spot on the blog tour.