Lost in the Lake - A J Waines #BlogTour #GuestPost

Lost in The Lake – A J Waines

Today I am pleased to be able to participate in one of the final stops for the blog tour for Lost in the Lake by A J Waines.  My thanks go to Emma Welton and BloodhoundBooks for my spot on this tour. 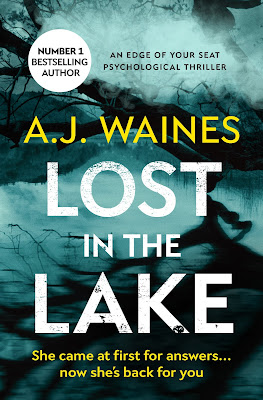 Amateur viola player Rosie Chandler is the sole survivor of a crash which sends a group of musicians plunging into a lake. Convinced the accident was deliberate, but unable to recall what happened, she is determined to recover her lost memories and seeks out clinical psychologist, Dr Samantha Willerby.

But Rosie is hiding something…

Sam is immediately drawn to the tragic Rosie and as she helps her piece the fragments together, the police find disturbing new evidence which raises further questions. Why is Rosie so desperate to recover her worthless viola?

When Rosie insists they return to the lake to relive the fatal incident, the truth about Rosie finally emerges. Now Sam is the one seriously out of her depth…

Today on my blog, I am pleased to be joined by A J Waines where she shares her thoughts on the Memory which is a key theme in Lost in the Lake.   Grab a comfortable chair and a nice drink and settle down to find out how the memory is the key theme in the book.

As a former psychotherapist, I’m interested in a range of mind-twisting themes in my novels. Lost in the Lake, is no exception! One of the key themes in this thriller is memory and most specifically how after a trauma, our brain shuts out the bits that are too distressing for us to assimilate. At the start of the book, a van leaves the road and plummets into a lake  and all but one of the passengers are killed. Or so it seems. The sole survivor, Rosie, however knows in her bones that it wasn’t an accident, but has gaps in her memory. That’s the tangled murder mystery on the surface. It's only half the story. She turns to psychologist, Dr Samantha Willerby, to help recover her memories and that’s when the psychological thriller begins to simmer.

So, how does Dr Sam help Rosie to remember? In this novel, I wanted to give the reader a chance to be a fly on the wall in this intriguing kind of therapy, which normally goes on behind closed doors. One useful tool is to guide patients into a relaxed, meditative state and gently help them to revisit certain aspects of an event by tapping into their subconscious. As you can imagine, this trance-like state has to be managed extremely carefully so as not to traumatise the patient. Helping patients use all their senses to relive moments before their memory went blank can lead to breakthroughs. If someone can smell the leather of the car seats, taste the mint they’d just swallowed, feel the tufted woollen throw beside them and so on, they can often ‘step into’ the scenario and  follow its course from start to finish – given time.

Naturally, our conscious defences may try to block the details of disturbing events, especially when we know the final harrowing outcome. That’s what makes this kind of therapy so challenging and precarious. Two steps forward and one step back a lot of the time. It’s often the case, too, that unrelated buried memories pop up to the surface and throw new light on things. That’s what happens in Lost in the Lake. Furthermore, the flashes of regained memories that come to Rosie during these sessions turn the police operation upside down.

Another technique for retrieving memories involves helping a patient to view a situation from the viewpoint of one of the other people involved. What did the driver of the van see or hear? Can you step into their shoes? Sometimes this can feel safer that trying to recover one’s own memories and from a detective’s point of view, it can reveal new possibilities in terms of what took place and the order of events.

If I hadn’t got hooked on crime fiction, I might have studied a PhD in memory. I’ve always been fascinated by it. Every day, we carry around little snapshots of all the former selves we’ve ever been: the things we’ve done and said, the places we’ve visited, the people we’ve met. Stored inside our head somewhere in that mass of rubbery coils is a back-catalogue of the days, weeks, months and years we have walked the planet.

But our memory is only ever a selection from the past and who knows why some things stick in our mind and others don’t? Then there’s the issue of false memories, such as when a parent tells you about something you did when you were little and you create a ‘mind-video’ of it and think it’s a memory. This issue has had very bad press in recent years in terms of child abuse cases, but it isn’t always about such fraught subjects. Growing up, my parents told me how I fell out of a car window when I was two years old (it was stationary, I must add!). I was fiddling with the window winder and leaning out way too far and plop, I was on the driveway. Because they described it to me several times, my mind played tricks and I was convinced I remembered it, but deep down I know I didn’t.

But, as I said, recovering Rosie's lost memories in Lost in the Lake is only half the story. A chilling, altogether different dynamic is going on underneath the main enigma. Rosie looks like she’s searching for answers about the crash, but very soon it becomes clear that she’s after something else…ENJOY!

Wow, how was that for you.  I know I was riveted reading this and even more so as the book is on my to be read list and seriously needs to be moved up the pile and read.  Now I just need to get the next couple of months out of the way and then I can start getting back to normal with my reading schedule.

AJ Waines is a number one bestselling author, topping the entire UK and Australian Kindle Charts in two consecutive years, with Girl on a Train. Following fifteen years as a psychotherapist, the author has sold nearly half a million copies of her books, with publishing deals in UK, France, Germany, Norway, Hungary and Canada (audio books). 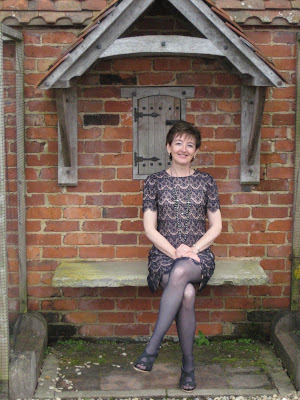 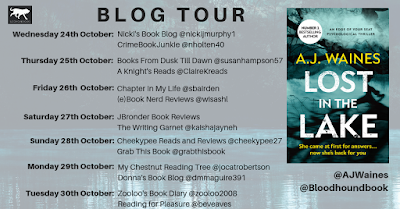 My thanks to A J Waines for joining me on my blog, the publishers Bloodhound Books and also Emma Welton for my spot on the blog tour.